skip to main | skip to sidebar

Mimescape brings in the new 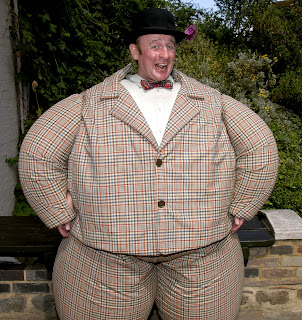 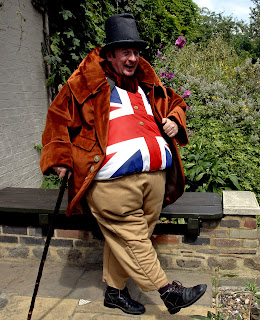 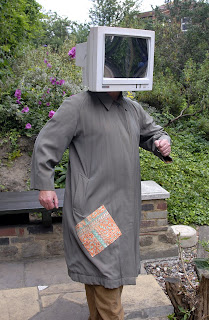 Brendan Stapleton and Melvyn Altwarg are pleased to announce the launch of 3 new characters as part of the ongoing development of their well established double act.
Their emphasis has been on creating visually stimulating and exciting character walkabout for festivals and other forms of entertainment. At any function these characters create impact and help to generate a fun atmosphere.

1. John Bull characters. There are 2 of these characters identically dressed and they are based on the idea of 2 18th Century Englishmen. They find themselves in the 21st century and are constantly exploring what the dickens is going on.

2. Little and Larger are 2 characters where one is large as in the photo and one is thin. The large one is constantly searching for the food and the other is constantly in a state of embarrassment trying to stop him bothering others. They constantly argue with each other amazing and amusing all who see them.

3. The teleheads are 2 aliens in very similar costume. They are from the planet Tele on a mission to explore strange new worlds such as Planet Earth.
Posted by melvyn.altwarg@gmail.com at 3:04 AM 265 comments: